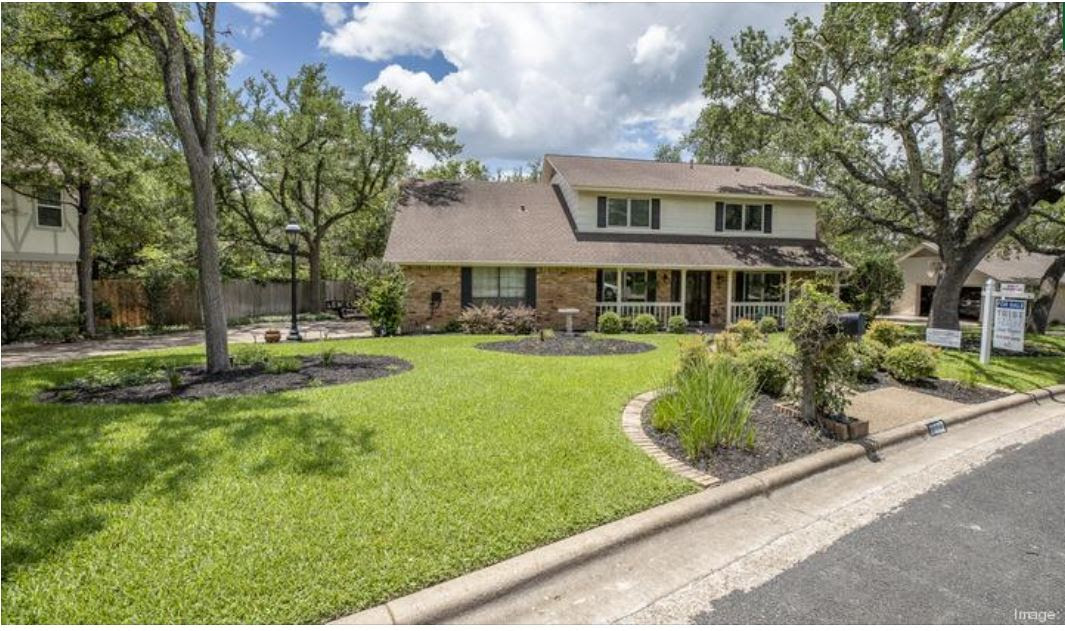 The Austin housing market has a lot to offer, including sizable lots.

In Austin, land is a significant factor in determining a home’s value. Homes on larger lots can demand higher sales prices, often regardless of the home’s size. In 2021, unprecedented housing demand is pushing prices to record highs — but what buyers and builders doing with the space?

The StorageCafe report shows that, on average, a home in Austin takes up just over 20% of the lot, leaving the rest for outdoor living, but that is for all lots, not just those on the market. Some agents say new buyers may have a hard time getting their hands on these larger lots.

Nationwide, yards are getting harder to come by, according to the report. Lot sizes are generally falling while home sizes are rising, leaving less space for outdoor living.

“Across the country, if you do want a yard, you really have to pay a premium,” said Isaac Hiatt, a product specialist with real estate data company Yardi Matrix.

Austin’s largest lots are likely concentrated in the city’s mid-century neighborhoods. The report notes that the average lot size in the city was around 9,500 square feet in the 1960s.

The prevailing architectural trends at the time help explain the lot sizes, said Jake Straub with homebuilder D.R. Horton. In the mid-20th century, the popular sprawling, single-story homes took up a lot of square footage.

These lots have recently drawn developers looking to buy up the homes and replace them with multiple units to maximize the value of the lot.

“The majority of the value is in the land,” Straub said.

Urbanists advocate for breaking up such big lots, pointing out that Austin is now on a big-city level and needs density to maintain affordability.

These old neighborhoods tend to have a higher barrier to entry. The median home price in Allandale in Central Austin, for instance, was just over $1 million in June, according to Redfin.

Straub said in Austin, it can actually be harder to find a small lot than a large one. He said smaller bungalow and craftsman styles were popular when the city’s older neighborhoods like Travis Heights were built out.

The ratio of indoor to outdoor space often comes down to personal preferences, which for many people have changed significantly over the past year-plus.

The Covid-19 pandemic redefined many people’s relationships with their homes’ outdoor spaces. In a March nationwide survey, 90% of respondents said outdoor living space was more valuable to them than ever before.

Average home sizes in Austin have only gone up, while lot sizes haven’t changed much. The median home size in Austin is 1,865 square feet, according to the StorageCafe report — 84% larger than the 1920 average.

Daniel Reeves, owner of Verde Builders Custom Homes, has seen more people prioritizing space, both indoor and outdoor. His company typically builds homes in the 4,000-6,000 square foot range at a price tag of about $300 per square foot.

Many of his clients, he said, have moved to Austin from high-priced areas like California, New York and Chicago — places where they likely owned smaller properties and were left without much room during the pandemic.

“They’ve been locked in their boxes for six months, and people that have been through that don’t want it to ever happen again,” Reeves said.

“People are just looking for bigger lots, so they can accommodate a bigger outdoor space and a bigger indoor footprint,” Reeves said.

Accessory dwelling units, which have become a common home improvement in the past year, also eat up a lot space that would otherwise go toward yard or home square footage.

That is driving buyers to communities outside Austin city limits, where land is more plentiful and usually less restricted by codes. Keith Billington, a new home adviser with Silverton Custom Homes, said people are swarming to areas such as Dripping Springs and Lago Vista because they’re looking for even bigger lots than Austin has to offer.

He said demographic shifts, like millennials moving from condos to single-family homes, are also boosting demand.

“They’re less like the older generations who want acreage, but they’re definitely wanting more than a downtown house that’s five feet away from another house,” Billington said.

Straub agrees, saying first-time homebuyers are less likely to compromise on outdoor space than in the past.

“They typically have animals, they’re moving from apartments, they’re growing their families,” Straub said. “They’re definitely looking for an increase in outdoor as well as indoor space.”

Each home, however, doesn’t exist in a vacuum. Factors such as proximity to public parks or shared amenities — like those found in master-planned communities — may make people care less about the size of their own lot, builders say.

In the Mueller neighborhood northeast of downtown, most homeowners lack yards but share plenty of common green space.

8 Beautiful Bathrooms With a Curbless Shower